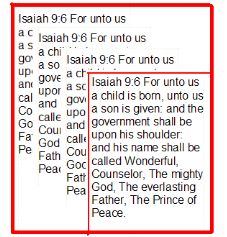 Even if our book of faith was inspired by an intelligent designer, how can we trust that the original words have been accurately preservedfrom ancient times?  The method of copying of manuscripts is key to prevention of errors over time.  The method of copying for the Old Testament and the New Testament was via scribes, whose technique was unprecedented in its precision.  Scribes used a method of counting syllables and letters, and immediately destroyed any copy with even a minor error.  The Dead Sea Scrolls, unearthed in 1947, found Biblical texts dated 1000 years earlier than the 900 A.D. manuscripts of the Old Testament, and yet comparison showed word-for-word correlation identical in >95% of text (with the <5% variation consisting of obvious slips of pen and variations in spelling).  Therefore, no effect on the message occurred over the 1000-year period.  No other book had copying methods of such precision.   Here are more specifics.
​
Integrity of Transmission / Precision Copying


1. The Old Testament: Method of copying was via scribes whose technique was with unprecedented precision, using a method of counting syllables and letters, and immediately destroying any copy with even a minor error.
The Hebrew Old Testament was completed by 400 BC, and previous to the dead sea scrolls the oldest complete Hebrew Manuscript dates to 900 AD. However Dead Sea Scrolls found in 1947 dated 1000 years earlier. Comparison of the 1000 year older version of passages demonstrates that word for word correlation is identical in >95% of text. The <5% variation consisted of obvious slips of pen and variations in spelling. No affect on the message occurred therefore over this 1000 year period.


2. New Testament: It was written in 40-100 A.D. with Christ’s death about 33 AD. The earliest copy dates to 125 A.D. The use of the same procedures followed by the scribes is obvious here as well. For example, compare the New Testament to the best preserved ancient literature other than the Bible - the Iliad, by Homer.
The Iliad has 643 copies dating to 400 B.C. with 764 lines questioned for accuracy, or 5% inaccuracy. The New Testament has 24,000 copies dating back to 125 A.D., and 400 words are questioned, for only a .5% inaccuracy. Comparison of more recent versions still show no change in the material content of passages despite the intervening 2000 years.