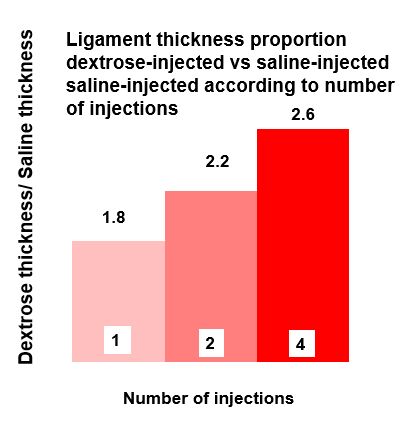 SUMMARY
All these studies were performed at the Orthopedic Research Laboratory at Mayo Clinic, in conjunction with the department of neurology. The goal was to make an animal model of carpal tunnel syndrome by thickening the carpal tunnel ligament (transverse carpal ligament), flatting the median nerve to create carpal tunnel. The author’s hypothesis that non-inflammatory progressive transverse carpal ligament (or equivalent in animal) proliferative thickening (fibrosis) will lead to eventual median neuropathy, is supported by these studies. It is important to observe that there were no inflammatory cells and dextrose concentration was only 10%, confirming that this growth was not a result of inflammation but rather was a result of a proliferative effect of dextrose without inflammation.